Facts about Tigers you must know before visiting a national park and experiencing a tiger safari in India !

India is full of wilderness and it’s National animal – the royal Bengal tiger wears the throne of most popular animal in the world, as declared by Animal Planet channel. One can visit to a couple of National parks and tiger reserves in India for a thrilling tiger safari experience. Tadoba national park, Pench National Park, Umred Karhandla Wildlife Sanctuary, Ranthambore national park, Jim corbett national park, Kanha and Bandhavgarh national park are some of the best locations to track a tiger. If you are planning for any tiger safari in India or visiting national parks in India, you should brush up your knowledge about the enigmatic big cat. Its very interesting to know about life of these beautiful animals. 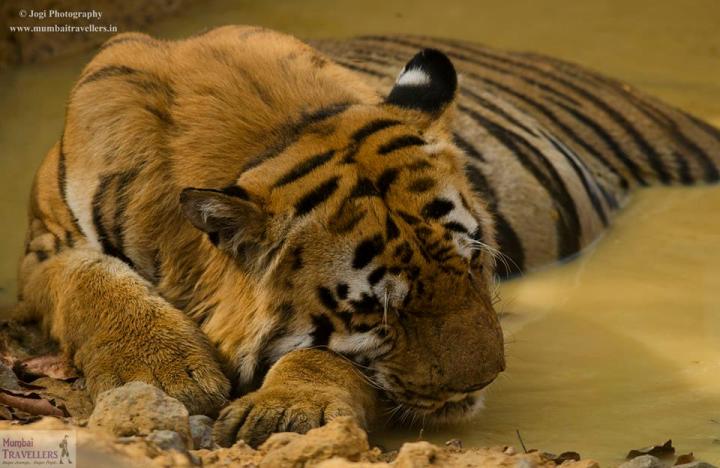 1. Of all the cat family species that exist on earth today, Tigers, and the Siberian Tigers for that instance, are the biggest cat species.

3. Many people think that white tigers is an altogether different species of tiger, which is not true. It is caused due to difference in composition of melanin pigments and is a genetic phenomena, otherwise white tigers are also the same tiger species.

4. One of the lesser known facts about tiger is that its eye pupils are round and not slit unlike domestic cats and its eyes have nearly 6 times better vision than humans.

5. While it is known to many that Tiger’s stripes are like human fingerprints being unique specific to every tiger; not many of them planning the wildlife and tiger safari in India would know that tigers are very adept at swimming unlike many other big cats. Tigers can swim more than 25 kilometers in single day!

6. While preparing to sight these striped beauties during your wildlife and tiger safari tours in India, one should keep in mind that one of the grim facts which explain the woefully small numbers of tigers living currently is that Tigers do not have sight during first week of their existence and only half of the tigers survive to adulthood. Hence the tigress, who is responsible for raising the young ones has to be sharp and smart enough to protect her cubs from predators, poisonous animals like snakes and also from other male tigers.

7. Male tigers tend to kill new born cubs from other male tigers so that the female would come on mating period again and this new male can mate with her in order to propagate his own genes in terms of new offspring.

8. For expressing happiness, tigers tend to close their eyes since they cannot purr.

9. As far as the physical indicators are concerned, tigers can pace as fast as 60 kmph for short distances and can jump up to 5 meters high and 6 meters long.

10. These mighty hunters are even capable of breaking down strongest bones of their prey which the leopards are not capable of !!

Long live the TIGERS ! Save Tigers !! Save Nature !!

Pench Safari Booking: Call Us on +918355988158 OR To Get More Information, Click Here
tagged with Interisting Facts About Tigers, tiger safari in India, Wildlife in Pench National Park